Your browser does not support JavaScript!
Sold Auction Sold

Downsizer Designer Apartment In The Heart of Mosman Village

Best suited to discerning buyers seeking an easy care lifestyle, this elegant and spacious two-bedroom, two-bathroom apartment offers 177sqm on title. With lift access to all levels, this tightly held boutique 'Gouldsbury Manor' Mirvac development has only 9 apartments. Bathed in natural light it features expansive, open plan living and dining areas that flow seamlessly onto two generous balconies, overlooking landscaped gardens, capturing the sun and breeze. The spacious new kitchen has a wonderful breakfast nook, there is a separate laundry and security access. Ideally positioned opposite Allan Border oval and children's playground, this delightful apartment offers the ultimate in designer living; private and peaceful and just a short level stroll from all the cafes and amenities of Mosman Village.

• Electric fireplace in the living room 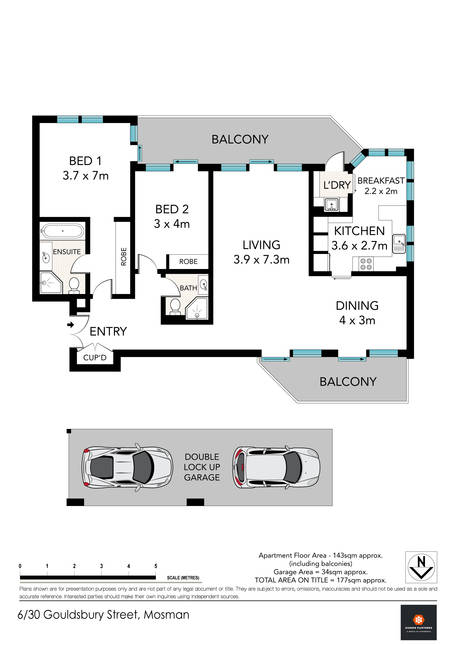 Awarded as Mosman’s Agent of the Year 2021 by RateMyAgent. Richard, along with Mosman’s other leading agents that sold multiple properties in Mosman during 2020, were all in the running for the number one position. This award is particularly important as it is judged by the vendors who rated their agent’s performance for the sale of their property. In 2017, 2019 and 2020 calendar years, Richard was also Mosman’s number one agent for highest total dollar sales, as awarded by RateMyAgent.

In Richard’s 19-year career he has sold over $2bn in local property and prides himself in delivering the ultimate outcome for every vendor. He founded Simeon Partners in January 2014, having built a hard-earned reputation based upon selling hundreds of millions of dollars of luxury property each year. His unique, innovative, and emotive selling strategies have directly led to Simeon Partners delivering premium results across 33 suburbs Sydney wide, with around 40% of these buyers coming from out of area or international. Richard says, "We have built a strong international agency, managed locally, and our success lies with achieving the optimum results for all of our vendors." Richard recalls that his 20 years in the marketing and advertising industry defined him, particularly the thousands of hours spent studying consumer behaviour and how to influence purchasers’ decision-making processes. In the 12 years prior to launching Simeon Partners, Richard was a director of a major real estate franchise, where he was consistently number one or two in sales within the national network. The world has moved on in the real estate sector, after 30 years of building businesses. In 2014 it was time to start his own and now, year on year Simeon Partners is proudly the largest independent agency on the Lower North Shore. In fact, at the end of 2019, Simeon Partners broke through the $1bn in sales barrier. Simeon Partners is committed to lead the market and not to follow. As well as implementing the most effective sales and negotiation strategies they constantly adapt and refine its marketing and database by introducing more buyers for every property it sells by utilising the most sophisticated digital media platforms.

At Simeon Partners our award-winning team remains in place and determined to offer every vendor a World of Difference. For transparency, we publish a vendor testimonial for every property we sell on www.vendorfeedback.com.au As Richard says, "In real estate a vendor does not get what they deserve, they get what their agent negotiates."

Richard can now laugh. Having four children, two years old and under, including triplets, was certainly the most challenging time in his life. Fortunately, all children are in university now. Richard believes raising his family in Mosman has given him the experience to sell Mosman property as the ultimate family lifestyle destination. The local schools, sporting facilities, amenities, restaurants, and cafés are unbeatable. Add to that, the appeal of the location with its proximity to the CBD, excellent transport, beaches and parks and it is little wonder that, like Richard most residents of Mosman believe they are the luckiest in the world.

This message has not been sent.
There may be something you need to change. Please try again

Thank you! Your enquiry has been sent successfully!

Please make sure all fields are not empty and have valid email format.

Thank you! The document has been sent to your given Email address. Please check your Inbox!

This message has not been sent. Please try again.